A galaxy of up-and-coming talents, but also several established world stars, will be taking their places at the starting line on the challenging Maierl Slope in Obereggen on Thursday, December 15. There's the World Cup Slalom in Val d'Isere and, of course, the event in Madonna di Campiglio, but the Europe Cup Slalom in Obereggen will be the winter's first. And although it's "only" a Europe Cup, Obereggen will be pleased to host an entire field of first-rate skiers. One little reminder: The Norwegian Steen Olsen was last year's winner, and the speculation is that he'll deliver a grade-A performance at this year's competition, too.

The Europe Cup in Obereggen is sometimes referred to as the "Half World Cup" – on account of its stellar line-up of competitors. How to explain its popularity among world-class skiers? Well, first of all, its date is very favorably placed at the beginning of the season, when the top-tier athletes still need some racing practice and are thus motivated to "sign up" for a Europe Cup race – especially one held on such a challenging piste. Secondly, Obereggen enjoys a special status with respect to the European Cup. With a rich tradition, it has often been referred to as the "Kitzbühel of the European Cup." Since the first competition in 1983, innumerable Olympic and World Cup winners have stood proudly on the winner's platform there.

Thirdly, Obereggen has frequently been a harbinger of future success on the slopes. Skiers who have performed well in Obereggen get an extra injection of confidence for the remainder of the season. Alexander Steen Olsen, for instance, scored the highest points for the Europe Cup Slalom (and thus earned a guaranteed spot at the starting line for the 2022/23 Slalom World Cup) and was crowned Double Junior World Champion.

The fourth convincing argument in favor of Obereggen is the incomparable Maierl Slope. Since 2016, when it replaced Oberholz, luminaries of the skiing world have been heaping praise upon it. The Maierl Slope has achieved notoriety as an extremely selective and thoroughly World Cup-worthy slalom slope. Past years have amply demonstrated that the Maierl Slope, with its max. steepness of 55%, represents a challenge even for the world's best slalom racers.

The opening slalom race in Obereggen will mark the beginning of this year's Europe Cup season.

While the world's top downhill skiers assemble at the starting line in Gröden / Gardena, Obereggen is opening its arms to the slalom stars for a side-trip to the glorious European Cup. Four days earlier, on Sunday, the World Cup Slalom in Val d’Isere will take place. On the following Sunday and Monday, World Cup athletes will participate in two giant slaloms in Alta Badia. And a week after Obereggen, there's the prestigious World Cup Slalom in Madonna di Campiglio. So why not take part in a competition on Obereggen's challenging Maierl Slope in between? And by the way: Just one day after Obereggen, there will be a Europe Cup Slalom held in Fassa, too.

Obereggen thus represents the perfect opportunity for the world's best slalom specialists to gain a little more competitive experience as the season begins.

Eventually, practically every star comes to Obereggen. Such was the case last winter with the world's best slalom racers: World Cup victor Henrik Kristoffersen was a rising star in 2012 and won 11th place in 2012 in Obereggen. That same year, Manuel Feller, who had won 2nd place at the World Cup, was declared the champion.

The roll call of prominent names continues: The Frenchman Clement Noel, who won First Place in the discipline of slalom at this year's Olympics, appeared three times in Obereggen, achieving his best performance in 2017, when he came in third. That same year, the reigning Olympic combined champion Johannes Strolz won Fifth Place. The reigning slalom world champion Sebastian Foss Solevag has raced in Obereggen multiple times, though his best showing was a modest Eighth Place in 2016. The reigning combination World Champion Marco Schwarz appeared at the starting line twice in Obereggen, but never managed to reach the finish line.

Last year's Obereggen champion Alexander Steen Olsen dazzled with his performance: After his triumph in Obereggen, he qualified for the Europe Cup Slalom and was declared Double Junior World Champion in Slalom and Giant Slalom.

He might follow in the footsteps of many past stars who triumphed in Obereggen. The most spectacular was the Austrian Marcel Hirscher. After winning eight World Cups in a row, seven world championships, and two Olympic victories, he is the most-successful ski racer of all time: Back in 2007, at the tender age of 18, he won Third Place in Obereggen.

When the German Egon Hirt won the very first Europe Cup in Obereggen in 1983, he couldn't have dreamed what prestigious names would one day follow him.

The fact that Obereggen enjoys such an excellent reputation in the skiing world can be attributed to the meticulous work of the organizers. This year, the ASV Deutschnofen has joined the line-up of hardworking organizers led by the Eggen Ski Club, the Obereggen Ski School, and Obereggen AG.

Eduard Pichler is the head of the race and president of the OK. In 2014, he became the successor of the long-term chief, Siegfried Gallmetzer. At the same time, Marco Zendron followed Luciano Pezzin as vice-president. Siegfried Pichler, the director of Obereggen AG, has also been doing his part and been providing the OK team with unflagging support.

The 2021 champion in Obereggen was the 20-year-old Norwegian Alexander Steen Olsen, a (still) relatively unknown athlete – but one whom insiders had long since earmarked for success. In actual fact, Steen Olsen then went on to be crowned Double Junior World Champion in Slalom and Giant Slalom. By scoring the highest points for the Europe Cup Slalom, he earned a guaranteed spot at the starting line for this year's World Cup.

After the first heat, Alexander Steen Olsen had moved up to Second Place, right behind the Frenchman Theo Letitre. By the conclusion, he was more than a half a second faster than the Second Place Winner from Germany, Anton Tremmel. Tied for Third Place were the World Cup veterans Albert Popov (Bulgaria) and Victor Muffat-Jeandet (France).

The Slovenian Tijan Marovt had the high starting number of 47, but was able to achieve Sixteenth Place – proving that the Maierl Slope had succeeded in resisting the unusually high temperatures prevailing even overnight. The Maierl Slope had to endure a tough beating. A total of 106 athletes lined up for the first heat – though only 58 of them arrived at the finish line (which underscores the degree of difficulty posed by the steepness, sometimes reaching 55%). The great work performed by the slope team led by OK President Eduard "Edi" Pichler proved its worth.

The best skier from Italy's National Team was the 22-year-old Tobias Kastlunger from Enneberg / Val Badia, who secured himself Eleventh Place. 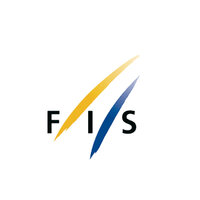 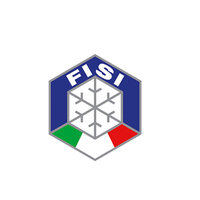 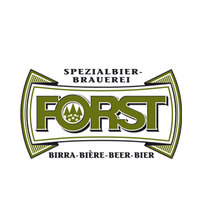 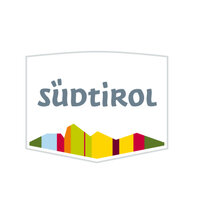